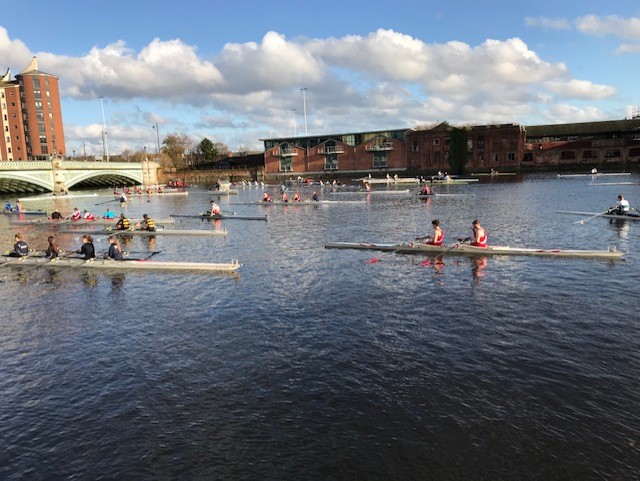 3 races were held, in cold but near perfect conditions. The first race was 1500m for beginner racers, and all 11 boats completed, including 1 with a short swim.

Race 2 had 51 finishers, with Queens Mens senior quad, and single posting fast times, and a first race on the Lagan in recent times for Cairndhu in a Coastal FISA quad, containing James Boomer.

40 boats contested race 3, with MCB and Bann winning Mens and Womens Junior coxless quads, and D’Urso of City of Derry was the fastest Masters 1x.

Thanks are due to competing clubs, hosting clubs, and the many volunteers who made the full event possible. A photo gallery will follow soon.

Please note the next LSC mini Head will be on 18 January, and not as previously advertised!

Any cookies that may not be particularly necessary for the website to function and is used specifically to collect user personal data via analytics, ads, other embedded contents are termed as non-necessary cookies. It is mandatory to procure user consent prior to running these cookies on your website.